Kutaniyaki is produced in Kanazawa prefecture.

Characteristics of Kutaniyaki is using blue color paint to draw draft and color with 5 kinds of colors(Yellow, Red, Green, Purple and deep blue) applying thicker than other production places.

Kutani has over three hundreds of history.

Kanazawa used to be  Kaga clan in Edo period.

Kaga was the richest clan in Japan.

Edo regime was afraid if Kaga clan may be against and attack to the regime as they have enough financial back ground.

In order to show Kaga clan has no will to attack to Edo, they have to spend these saving.

Then they decided to spend these money to promote handcrafts and cultures.

In Edo period, there are statues system, hierarchy of Samurai.

In order to show Kaga clan respects to craftsman,

Craftsman was set to the top hierarchy as Samurai.

As there are such back ground,

Craftsman in Kanazawa is respected and produce their handcrafts proudly. 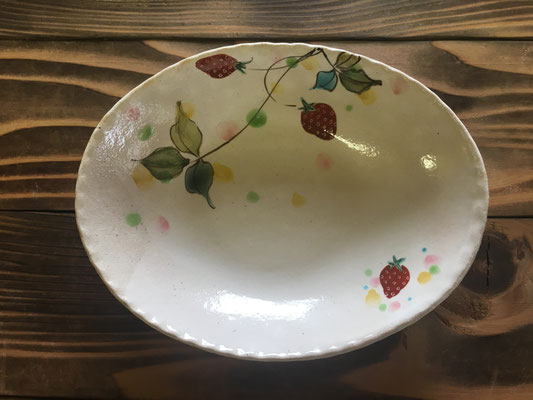 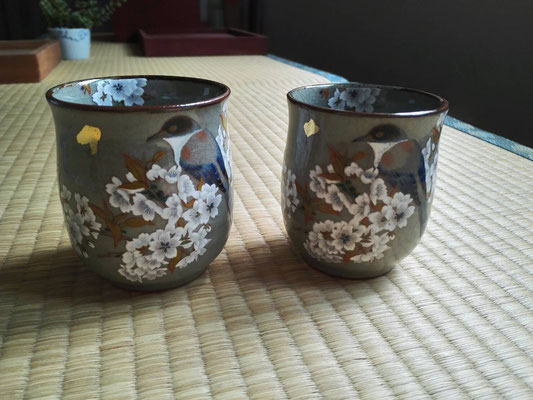 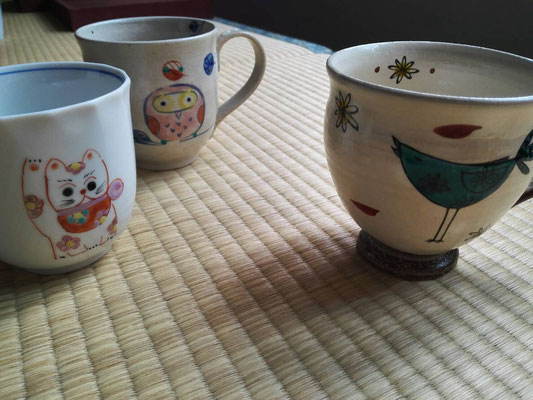 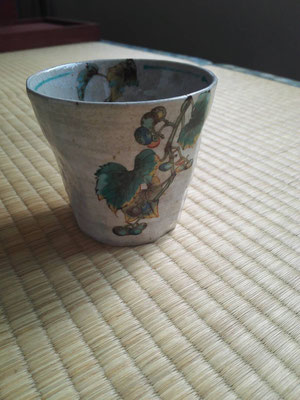 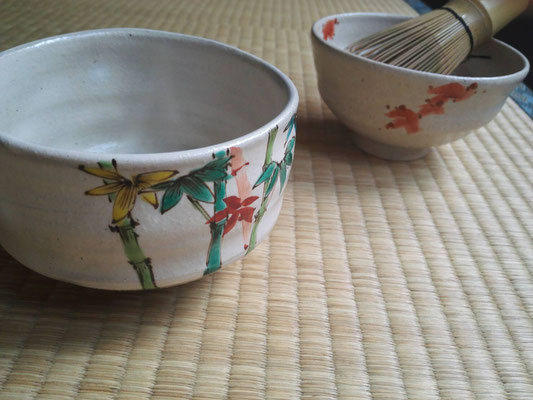 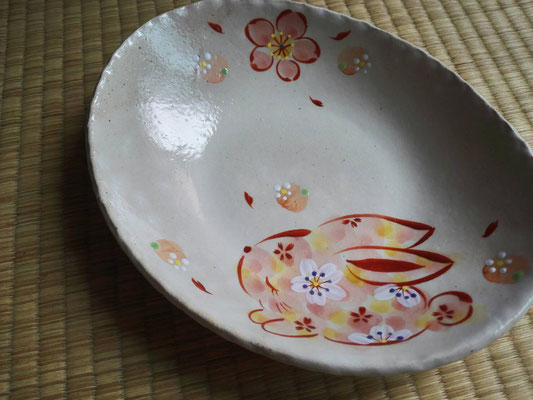 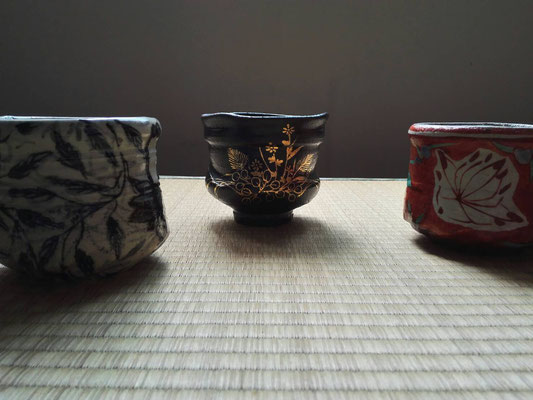 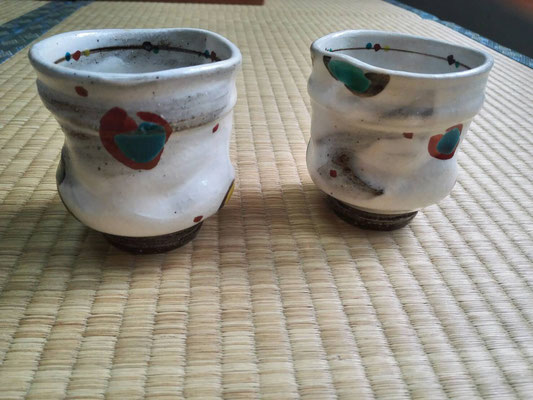 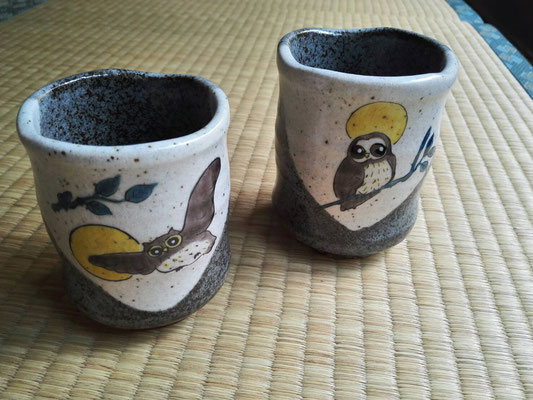 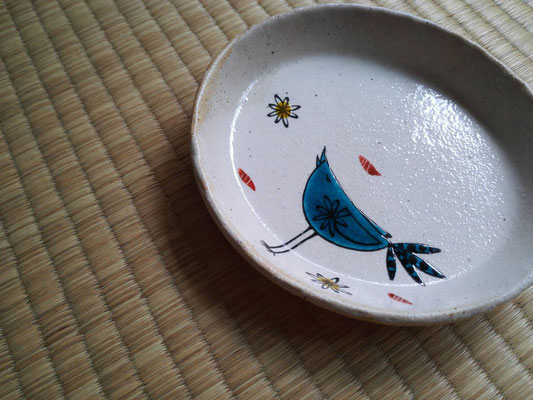 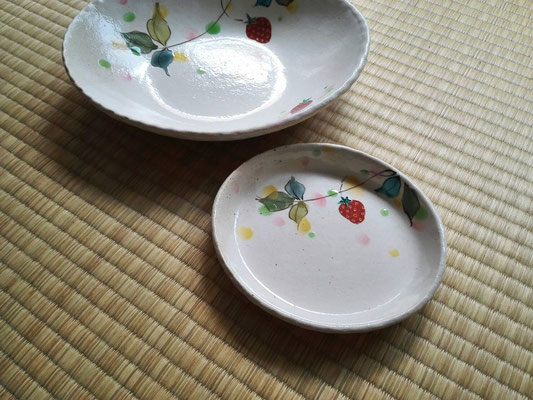 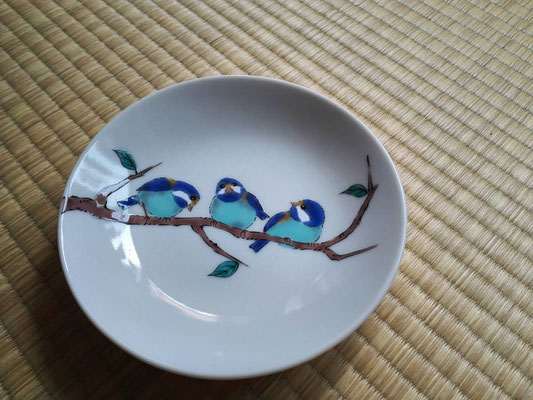 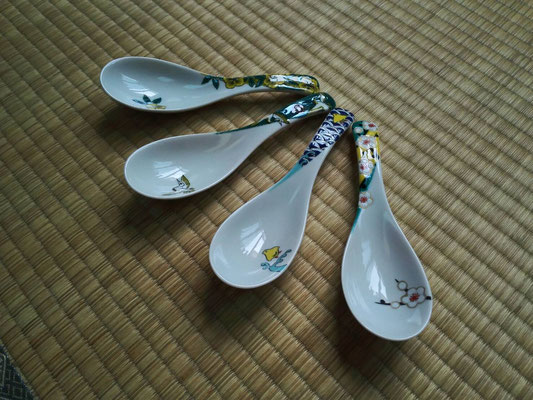 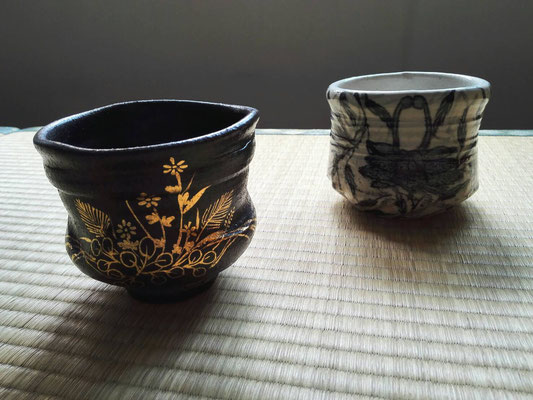 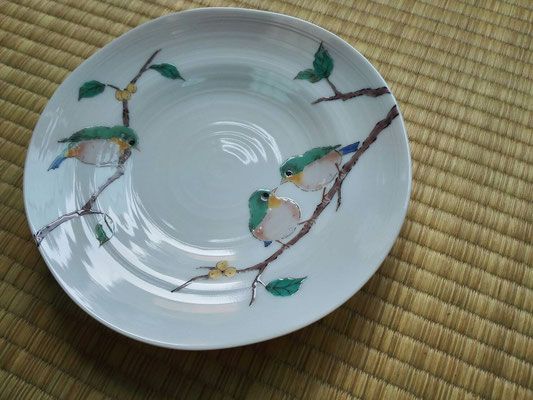 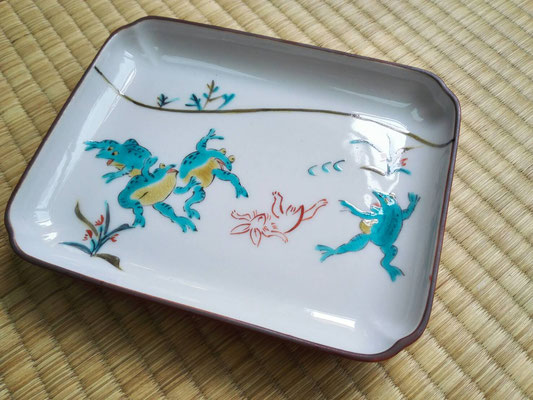 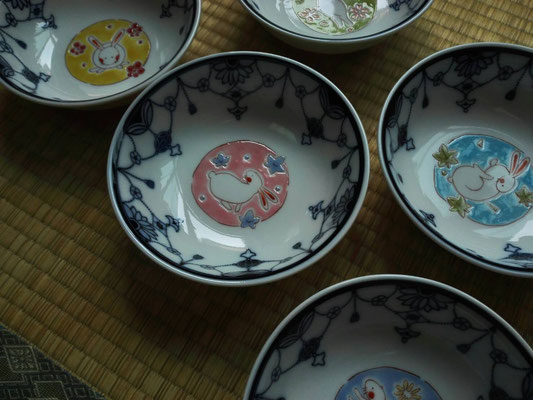 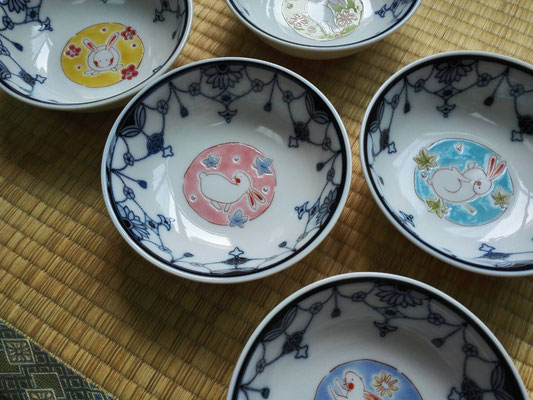 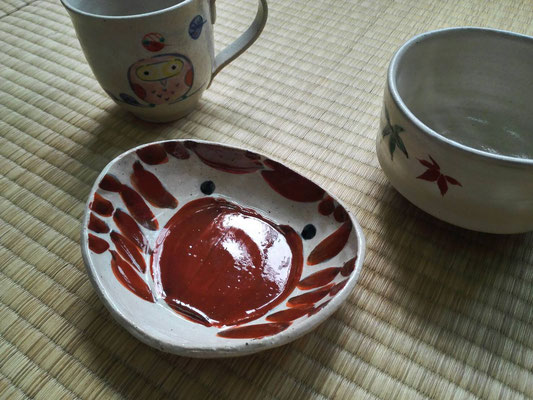 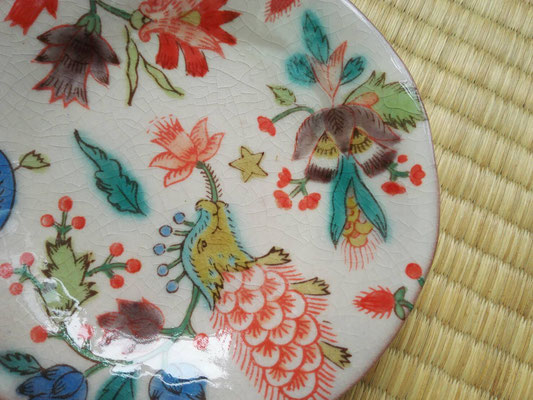 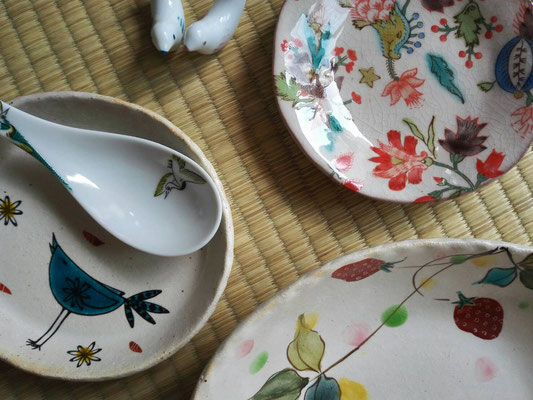